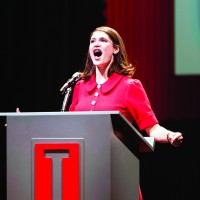 On the 16th December, cast members joined the original Dagenham ladies at Parliament in support of the vote for Equal Pay Transparency and Grazia Magazine’s ‘Mind The Pay Gap’ campaign. The topic was discussed in Parliament that day and MPs voted 258 to 8 in favour of implementing Section 78, which declared that large companies will now have to annually publish the pay gap between male and female employees.