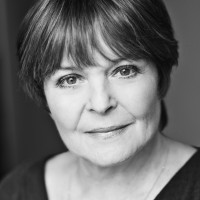 Renowned stage and screen actors ISLA BLAIR and DAVID CARDY will complete the cast of MADE IN DAGENHAM, the heartwarming new musical that will open at the Adelphi Theatre on Wednesday 5 November, with previews from Thursday 9 October. Isla and David will play Connie and Monty respectively, in the musical stage adaptation of the hit British film, which has a book by RICHARD BEAN, music by DAVID ARNOLD and lyrics by RICHARD THOMAS.

They join international film actress GEMMA ARTERTON in the lead role of Rita O‚ÄôGrady, with ADRIAN DER GREGORIAN as her husband Eddie.

ISLA BLAIR‚ÄôS long and prestigious career includes stage roles in the Original London Company of Sondheim‚Äôs A Funny Thing Happened on the Way to the Forum, The History Boys (West End), and seasons at the Royal Shakespeare Company and the Old Vic. Her television credits include lead roles in House of Cards: The Final Cut, Single Father and ITV‚Äôs forthcoming GRANTCHESTER. On film she has appeared in Indiana Jones & the Last Crusade and Johnny English Reborn.

DAVID CARDY‚ÄôS recent stage credits include GHOST STORIES (West End and Lyric Hammersmith/Liverpool Everyman & Playhouse) and DREAMBOATS & PETTICOATS (West End). On screen he is best known for his recently reprised role of Chris Theodopolopodus in the hit comedy series BIRDS OF A FEATHER. Other TV credits include the BBC‚Äôs Trial By Jury and A Touch of Frost for ITV.

Essex 1968. Like millions of other workingwomen, each morning Rita O‚ÄôGrady is just trying to get her husband out of bed, get the kids off to school and get to work at the factory on time. But life is about to change forever when it‚Äôs announced that the girls in the stitching room of Ford‚Äôs Dagenham car plant will have their pay grade dropped to ‚Ä?unskilled‚Äô.

Quickly drawing on a strength she never knew she had, Rita leads her friends in a battle against the might of Ford and the corruption of the Union supposed to protect them. As the girls‚Äô inspiring journey gets bigger than anyone could have imagined, the pressure is too much for some, but can Rita keep up the fight and the happy home she‚Äôs worked so hard for?

Directed by multi-award winning Rupert Goold (Artistic Director of the Almeida Theatre), Made in Dagenham has a book by Richard Bean (writer of the global hit play One Man, Two Guvnors, The Heretic at the Royal Court, England People Very Nice at the National), music by BAFTA and Grammy award winning composer David Arnold (James Bond series, Independence Day, Hot Fuzz, Sherlock and Little Britain) and lyrics from Olivier Award winner Richard Thomas (Jerry Spring The Opera, The Royal Opera‚Äôs Anna Nicole and Shoes at Sadler‚Äôs Wells). Olivier Award-winner Bunny Christie (A Streetcar Named Desire, The Curious Incident Of The Dog In The Night-Time) will design with choreography by Aletta Collins (Awakenings by Rambert Dance Company, His Dark Materials at the National Theatre).

Stage Entertainment is one of the world‚Äôs largest theatrical producers and venue owners, with bases across Europe and in New York. Headed by Rebecca Quigley, the UK team‚Äôs West End credits include Hairspray at the Shaftesbury Theatre, I Can‚Äôt Sing! at the London Palladium, Singin‚Äô in the Rain at the Palace Theatre and Sister Act at the London Palladium, along with national tours of Oliver!, Disney‚Äôs High School Musical 1 & 2, Hairspray, Sister Act and Singin‚Äô in the Rain. The company also co-produces the annual arena tour, Strictly Come Dancing Live! and is currently working on the forthcoming UK and Ireland tour of Anything Goes with Sheffield Theatres.

Glass Half Full Productions is a London-based production company, managed by Gareth Lake and Adam Blanshay. UK credits include 1984, I Can‚Äôt Sing, Ghost Stories, Ghosts, and Mojo. Broadway credits includethe recent Globe transfer of Twelfth Night/Richard III and The Curious Incident of the Dog in the Night-Time.

Just for Laughs Theatricals is a subsidiary of Just for Laughs, the largest comedy producers in the world. The company creates major festival events in Montreal, Chicago, Toronto and Sydney. Theatre credits include the Tony-Award winning Kinky Boots and current Broadway productions of The Curious Incident of the Dog in the Night-Time and The River.

Made in Dagenham is based on motion picture of the same name produced by Number 9 Films.