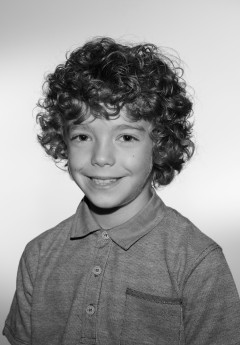 Ben is 11 years old and attends DanceScene in Northampton. He enjoys Rugby and Tennis when hes not Singing and Dancing.

Ben has been involved in TV commercials for Harry Potter Studios, KFC and Sky Movies and has appeared as “Curly” in NMTC’s production of Whistle Down The Wind.

Ben is thrilled to be making his West End debut in Made In Dagenham!!